As I reached for my array of coffee mugs to fill with that quintessential black liquid, I bypassed the others and reached for Frida.

My initial thought when Frida descended from the cabinet in my hands was that Frida wasn’t a mother but was like one to her animals.

But, then a deeper profundity hit me like a sledgehammer. One of her greatest dissapointments was never being able to be a mother.

She was a phoenomenal, bold, and deeply emotive artist. She splayed out her body and soul on the canvas.

Her plan wasn’t to be a painter. Her early plan was to be a doctor, a mother, and a wife.

Then on one fateful day, as they say, her dreams were shattered in a terrible vehicle crash. It crushed her body and from then on out her life took a myriad of turns away from her original plans.

She turned to painting to ease the suffering of her prolonged bed rest and later met her husband, paramour, soul mate and tormentor, Diego Rivera.

During her life, she became pregnant, and suffered a miscarriage. Her complicated medial history excluded her from having children. It was a devastating burden that haunted her whole life.

So, today, on Mother’s Day, I lift my coffee mug to the powerful Frida. I never planned to be a mother, God had different plans for me on the outset of my adult life. It has been the greatest blessing, filled with hardship, heartache and unbelievable acts of love and grace. In motherhood, I have found a purpose for living. My children and being their mother are my greatest achievements.

On this day, I remember all the mother’s who’ve lost children, who are barren and yearn to hold a babe in their arms.

Today, I honor Frida, and all the Fridas of the world. 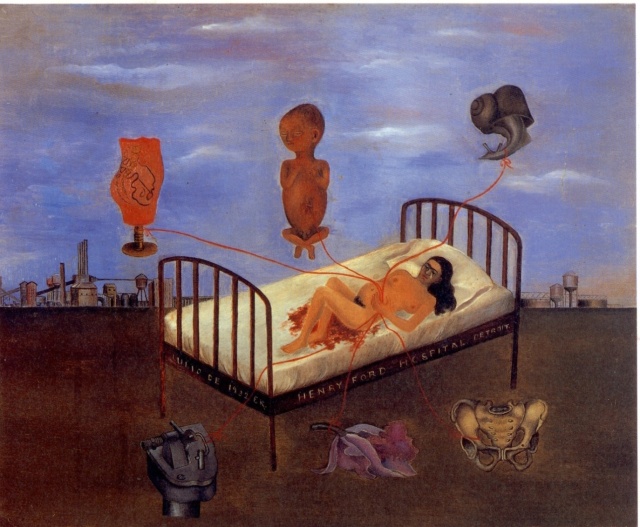